The China National Intellectual Property Administration (“CNIPA”) recently announced the "Revised Patent Examination Guidelines", which came into force on January 15, 2021. This is a major development in the field of IP industry in China. Although the “Revised Guideline" is not a formal source of law, it can be used as a reference in courts’ decisions provided that there are no conflicts with the "Chinese Patent Law" and its implementation rules. Therefore, its amendment is of great significance to the administrative and judicial procedures on patent-related matters.

The “Revised Guidelines" states: “where a patent application claims a compound, if the chemical name, molecular formula (or structural formula) and other structural information of the compound is recorded in a reference so that those skilled in the art believe that the claimed compound has been disclosed, the compound is not novel, unless the applicant can provide evidence to prove that the compound cannot be obtained before the filing date.”  In other words, even if the reference has disclosed the same physical and chemical parameters as the claimed compound, it cannot be directly inferred that the compound is not novel.

In addition, according to the "Revised Guidelines", when the structural similarities and differences between the claimed compounds and reference cannot be determined, physical and chemical parameters, preparation and experimental effects, and other factors should be combined and considered to determine whether the compounds can be predicted as substantially the same by the skilled in the art. On the contrary, the applicant can prove the novelty of the compound by proving the structural difference between the claimed compound and the reference.

The "Revised Guidelines" has made major changes to the examination of inventive steps of compounds, that is, regardless of whether the compound is similar in structure to the existing compound, a unified "problem-solution-approach" is used to determine whether a compound is inventive.

The "Revised Guidelines" provides the following examples under this topic: 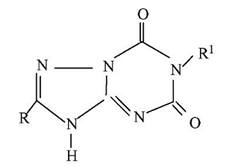 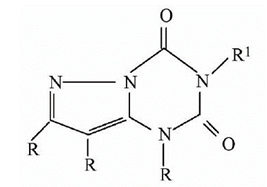 (IIb) is obtained by inserting -CONH- into the structural fragment NHR1 of (IIa). (IIa) and (IIb) have different uses as (IIa) is a sulfa antibiotic while (IIb) is sulfonyl acyl urea and an anti-diabetic drug. Those skilled in the art have no motivation to modify R1 in the sulfa antibiotic into CONHR1 to obtain the anti-diabetic drugs. Therefore, (Ib) meets the requirement of inventive steps.

Regarding the drafting of monoclonal antibody claims, the "Revised Guidelines" adds a limitation method of “limiting by structural features”.

The "Revised Guidelines" provides the following examples under this topic:

2.    A monoclonal antibody of antigen A produced by hybridoma of CGMCC Deposition No: XXXX.